Founded in 2002, LifeLine Animal Project (LifeLine) is a 501(c)(3) non-profit organization based in Atlanta, Georgia. LifeLine is working to end the euthanasia of healthy and treatable dogs and cats in metro Atlanta shelters and is the managing organization of Fulton County Animal Services and the DeKalb County Animal Services shelter. From the very beginning, LifeLine has worked to assess the needs of Atlanta’s animal welfare community and provide innovative, strategic resources in support of its mission to end shelter euthanasia of homeless animals. Rather than reinforce traditional models of animal control and sheltering, which historically have not served the animals well, LifeLine has focused on community-driven approaches to neighborhood reinvestment and public safety through programs designed to increase both human and animal welfare. LifeLine has run its own private shelter in Avondale Estates, GA since 2003, focusing primarily on animals who have been victims of abuse or neglect, and seeing approximately 500 dogs and cats come through its doors each year. At the two LifeLine Spay & Neuter Clinics (one in Atlanta and one in College Park), LifeLine has fixed over 125,000 dogs and cats at low or no cost to owners who, in many cases, would not have been able to prioritize the expense. Through its volunteer-driven trap-neuter-return Community Cat program, the lives of over 30,000 feral and community cats have been saved. Further, at LifeLine community pet wellness days each year, thousands of underserved pet owners receive free vaccinations and other much-needed resources In early 2013, LifeLine took action in order to have an even broader impact on Atlanta's homeless pet population. The organization submitted bids for and was awarded the contracts to manage both Fulton County Animal Services and DeKalb County Animal Services. LifeLine cares for over 39,000 animals each year and has made tremendous and measurable progress at both county facilities. Lifesaving rates were only 39% in Fulton and 61% in DeKalb in 2013; now they are between 85% - 89% each month. Over 16,500 animals were adopted, rescued or returned to their owners from the Fulton and DeKalb shelters in 2018! LifeLine is actively on its way to making its ultimate goal a reality: transforming metro Atlanta into a no-kill community that prioritizes saving the lives of its homeless pets. LifeLine recently said good-bye to its original location in Avondale Estates in 2019 and our Cat Adoption Center in 2020 and opened the LifeLine Community Animal Center in Atlanta, GA. The Community Animal Center is an adoption destination and a state-of-the-art, full-service, affordable veterinary clinic — offering affordable care from minor surgery and dental work to x-rays and diagnostics. There are many areas in Atlanta that have little access to low- or no-cost vet care. By offering affordable, proactive wellness care, we can prevent many more animals from being unnecessarily surrendered or abandoned. Our Cause, Our Community Throughout the United States, select communities have reduced the number of animals being euthanized in their shelters to less than 10% by making a fundamental shift toward lifesaving. LifeLine firmly believes that Atlanta can and should be one of these cities and is committed to making that vision a reality by aggressively promoting homeless pet adoption, providing affordable spay/neuter services, increasing public awareness, and advocating for lifesaving public policy. LifeLine is transforming a city with a troubled animal welfare legacy into a compassionate community deeply rooted in a culture of lifesaving that will create a model to be emulated nationwide. LifeLine is actively on its way to making its ultimate goal a reality: transforming metro Atlanta into a no-kill community that prioritizes saving the lives of its homeless pets.
GivePulse
3 People | 0 Impacts | 0 Hours

A few people you will meet... 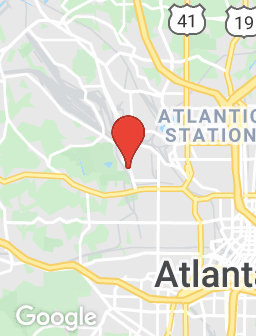